As spring is (almost) turning to summer, there is also a transformation in the bird life of Dublin Bay. Having spent the winter taking bi-monthly counts of the birds at Bull Island, I have watched the birds in the lagoon shift with the seasons. Not only are new species arriving and others heading off around the world, but the appearance and behaviour of certain species is adjusting to the warmer season.

The difference most apparent to me were birds coming into their colourful summer plumage, which is generally much more striking and attractive than winter plumage (and makes identifying species at distance a much faster task!). Many of the Black-tailed Godwit have already traded their plain brown winter plumage for vibrant rufous-orange on the neck and black barring on the breast. Similarly, Dunlin become a rich chestnut with a prominent black belly patch, rather than their wintertime grey-brown. The Black-headed Gulls finally live up to their name and develop a striking chocolate-brown head for the breeding season. This emergence of birds in full breeding plumage signals the birdy courtship season is in full swing and summer is truly on its way! 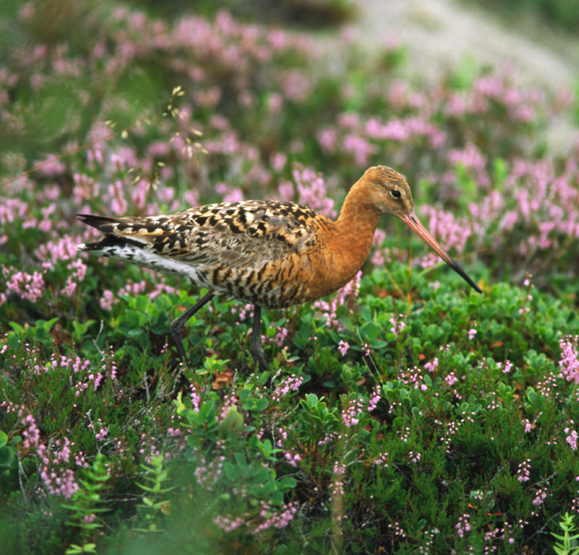 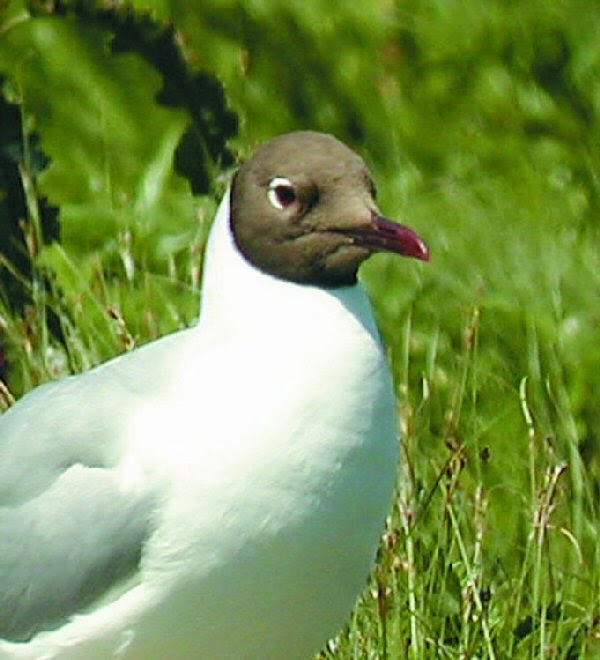 Black-headed Gull living up to its name (Oran O’Sullivan) 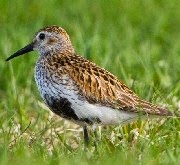 The change is not only in appearance but also, of course, in behaviour. As their migration departure is approaching fast, the Brent Geese at Bull Island are frantically building stores to see them through the journey. Since they have spent the winter gorging all the eelgrass and algae in sight, by spring Brent Geese must look for something new to devour. In the last month I have observed more geese feeding in the grass around the lagoon instead of the intertidal zone within the lagoon. Early in winter, the geese feed on eelgrass and algae at low tide, but when all of it has been eaten away, they begin to graze grassland. This reflects how the change in vegetation through the seasons influences the bird life, as some sources become depleted and others are made available.

Perhaps the most significant change through the seasons is inward and outward migration to and from Dublin Bay. By late April, most of the over-wintering species have left Ireland and summer species are arriving. I have noticed a reduction in wintering species’ population numbers at Bull Island during April counts, as migration to their summer grounds gets underway. Smaller numbers of Sanderling, Knot and Turnstone meander around the lagoon, while Wigeon and Teal in particular have disappeared off my radar. But the upside to the absence of these birds are the arrival of summertime species to Bull Island. I spotted my first two Sandwich Terns of the season pottering around the lagoon just last week - something that screams “summer is here!!” in my face.

While my bird counts at Bull Island are finished for this winter season, the spring transformation is set to continue. More summer species, such as the remaining Terns, will arrive, and those Brent Geese inhaling the grass will abscond to Canada. Hopefully this summer will be a kind one to our breeding birds and next winter’s monthly counts will show positive results!

Posted by BirdWatch Ireland at 21:04